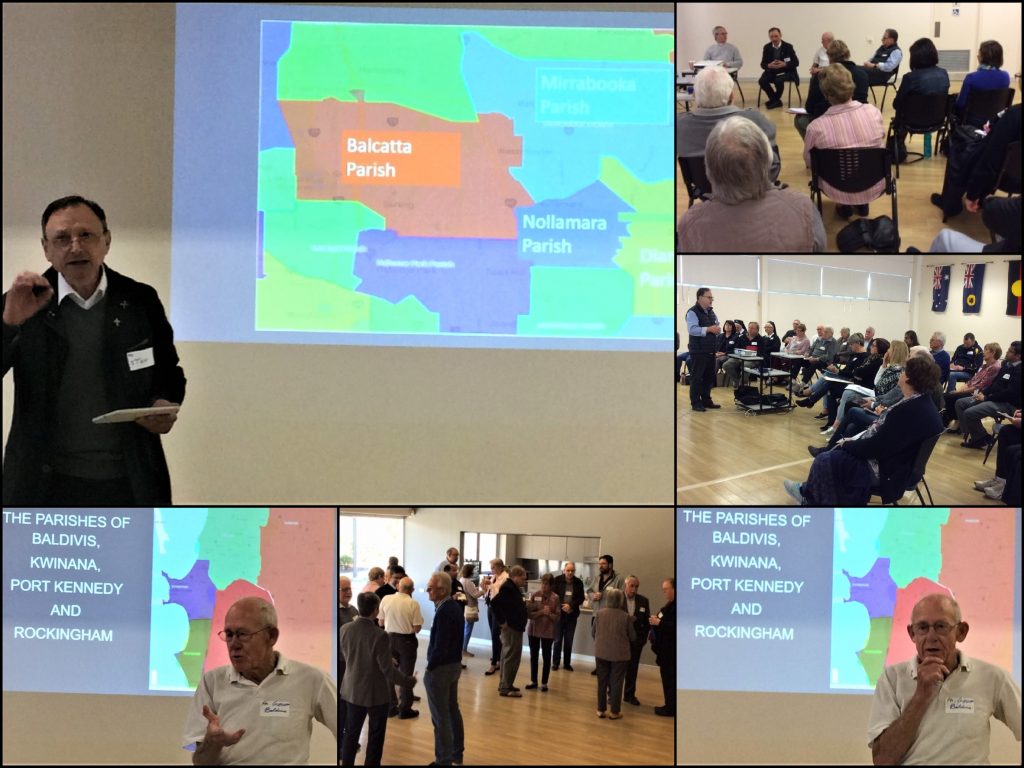 The next phase in Strengthening and Revitalising of Parishes (Archdiocesan Plan 2016 – 2021) was initiated during May with three Diocesan Gatherings. These Gatherings were conducted in parish venues in the northern, southern and eastern areas of the city.

Over 100 parish pastoral councillors from 41 parishes attended the three Gatherings.

Bishop Don Sproxton, Episcopal Vicar for the Strengthening and Revitalising of Parishes, hosted and spoke at the gatherings. He spoke of the early church and its coming together at various stages to discuss the way forward and the collaboration between various centres of Catholic faith. In the same way he spoke about the parallels for parishes and about parishes coming together to meet the challenges of the future.

Bishop Sproxton explained that the purpose of these Gatherings was:

It proved to be an important opportunity for parish pastoral councils to garner more information about collaborative parishes for their own discernment on this important matter.